Mid Century modern furniture design can be described as the development of style that started around the early 1930s and continued to the mid 1960s. It is noted for the mass production of furniture, lamps, kitchen appliances clocks, radios and other household goods. Materials that were not traditionally used previously, were combined to produce new and exciting forms. Plywood, fiberglass, wire and aluminum are some of the materials that were introduced during this time. Typically the lines were simple and the quality was high.

We buy Mid Century Modern Furniture!
If you would like to sell mid century modern furniture or want help establishing the value of your mid century modern, vintage, or antique furniture Contact Gannon’s Antiques & Art! We particularly seek iconic names of this period. If you have something you wish to sell or want to establish a value, please contact us. 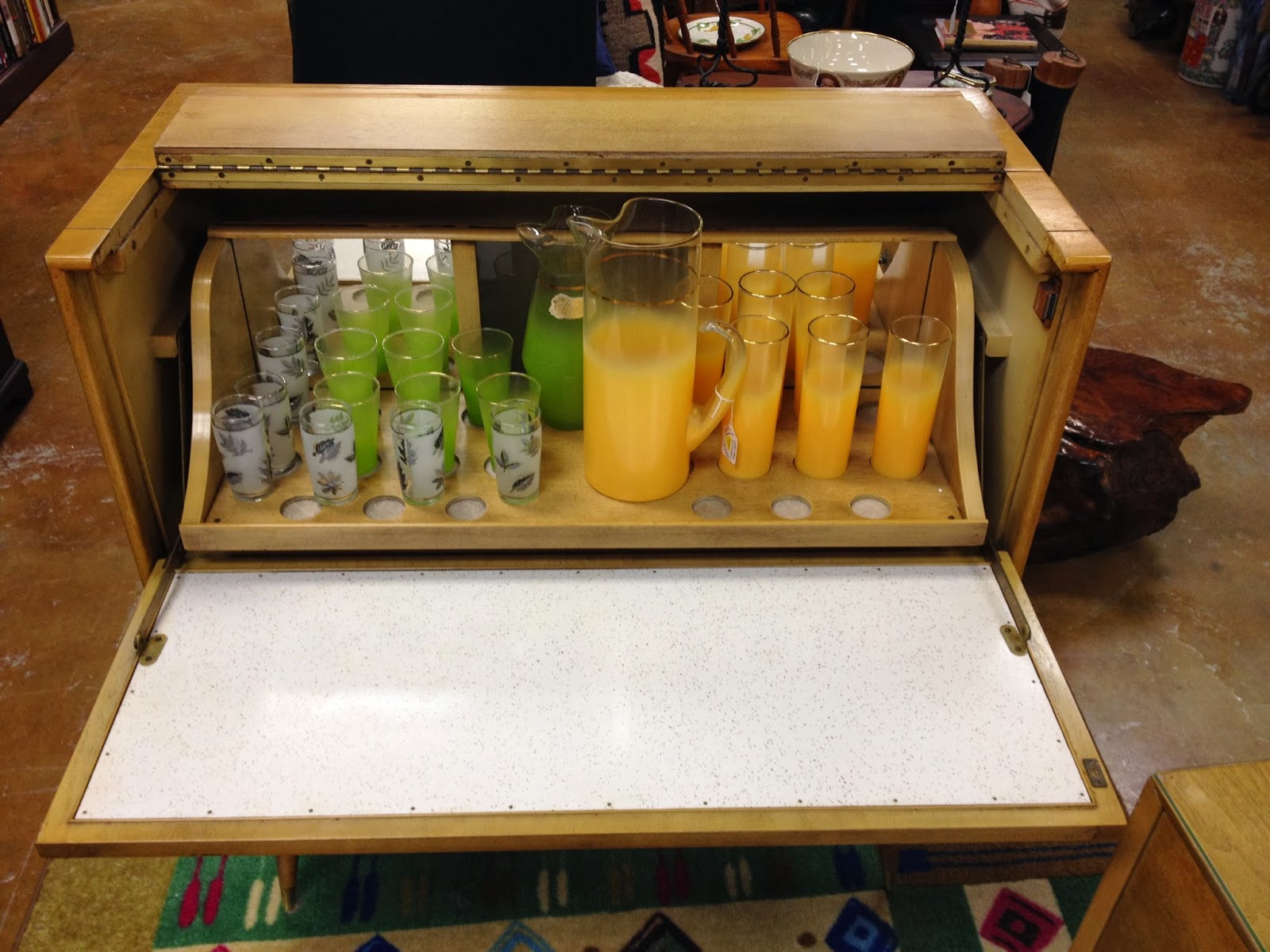 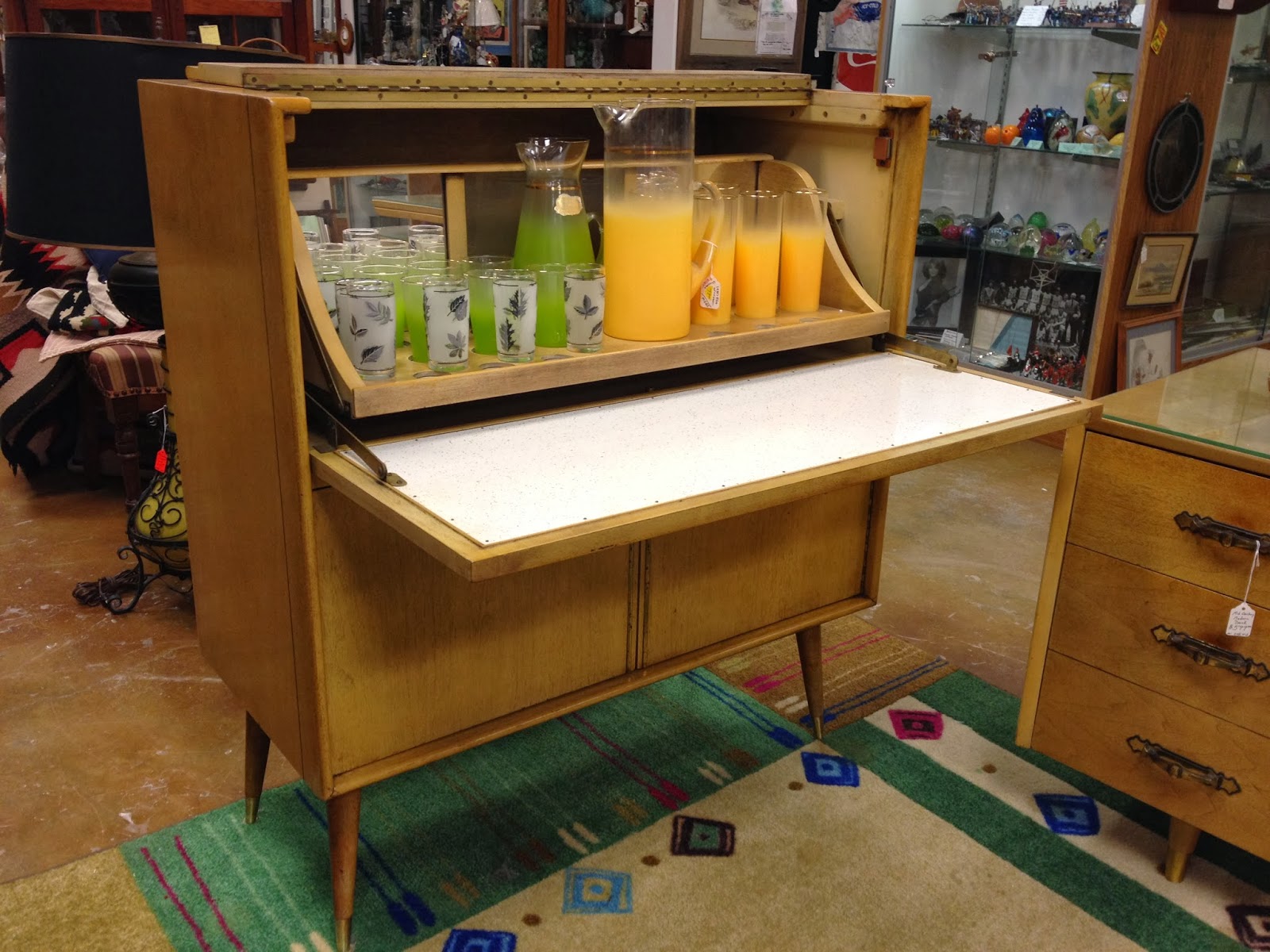 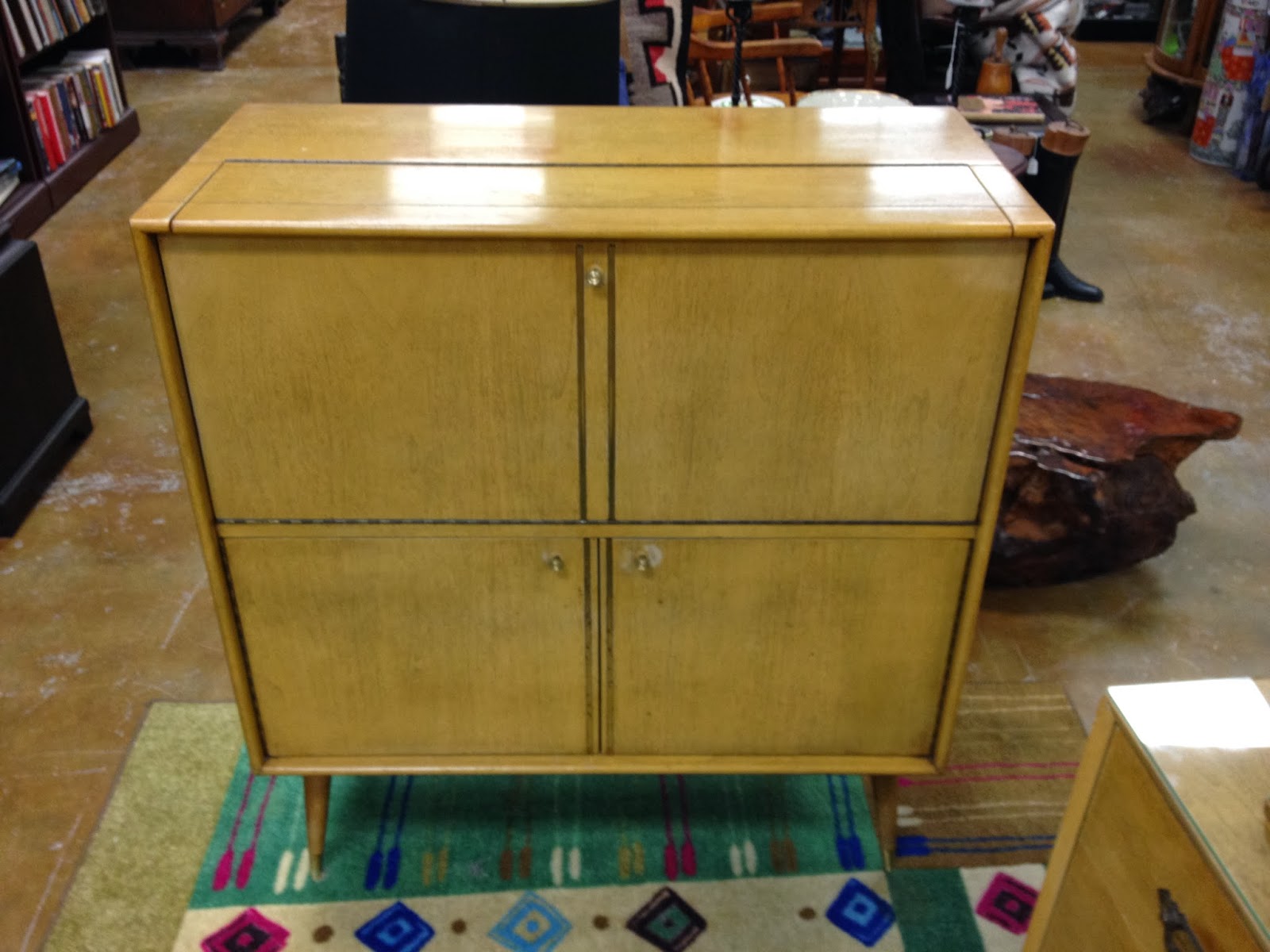 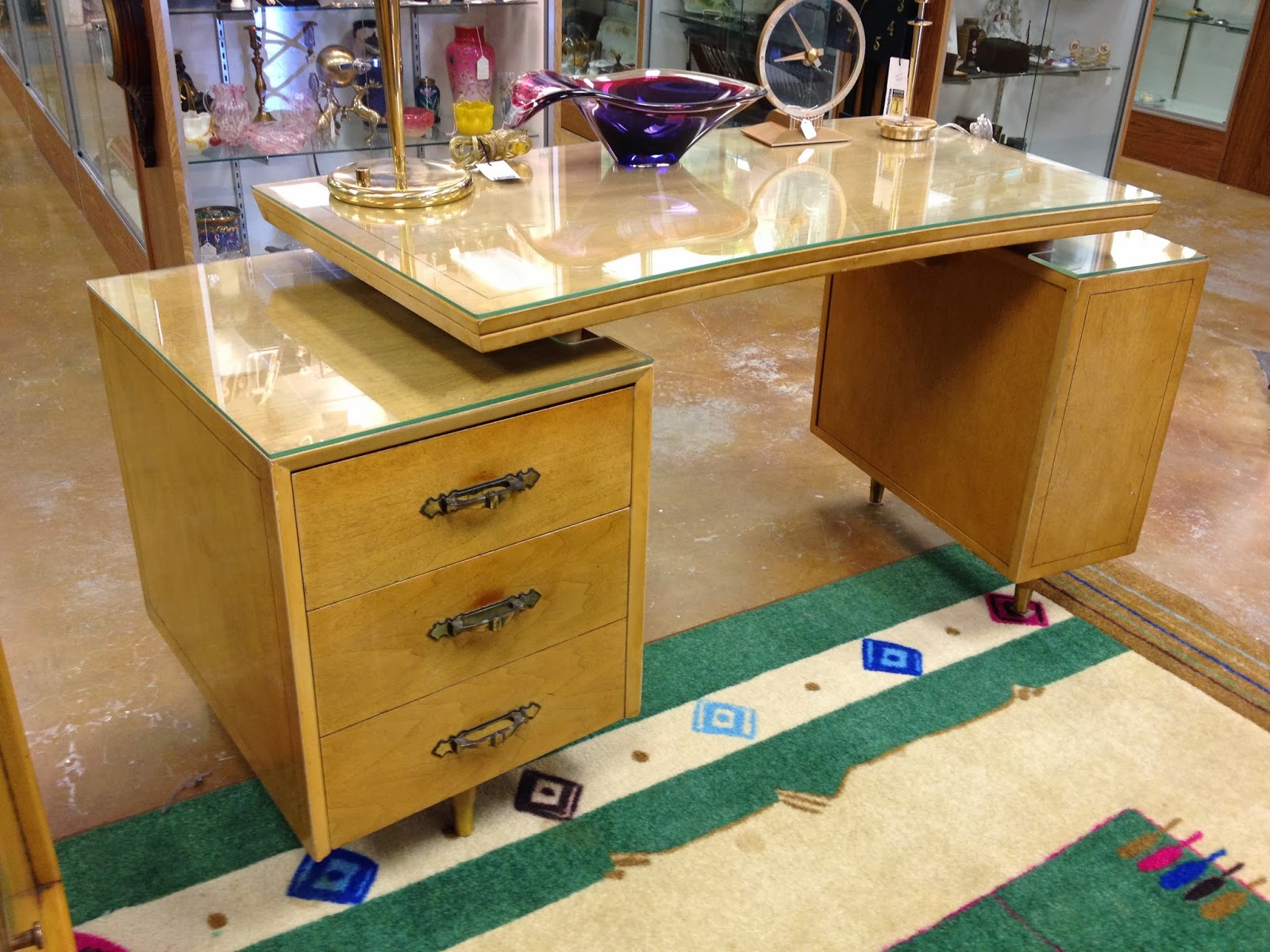 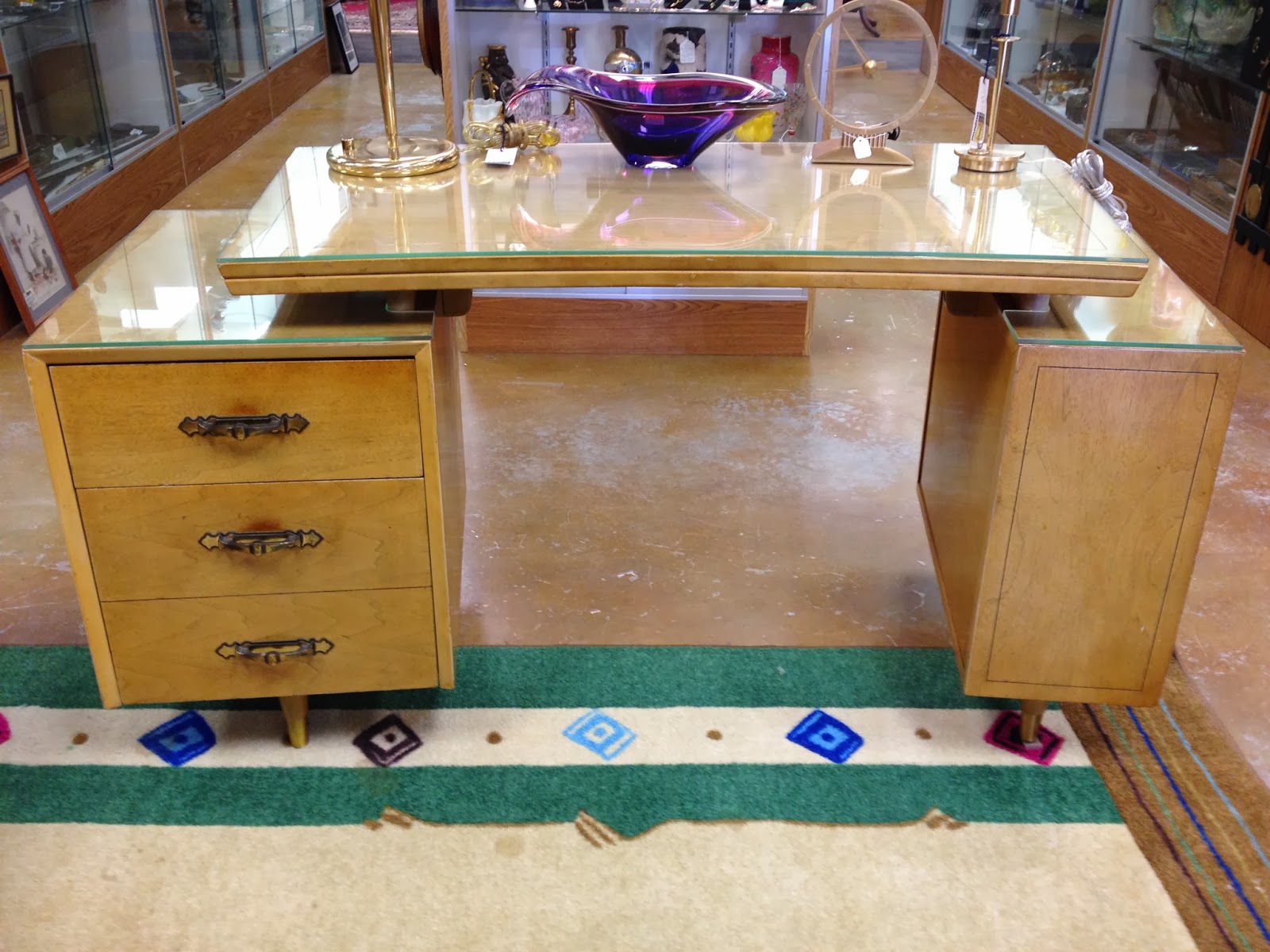 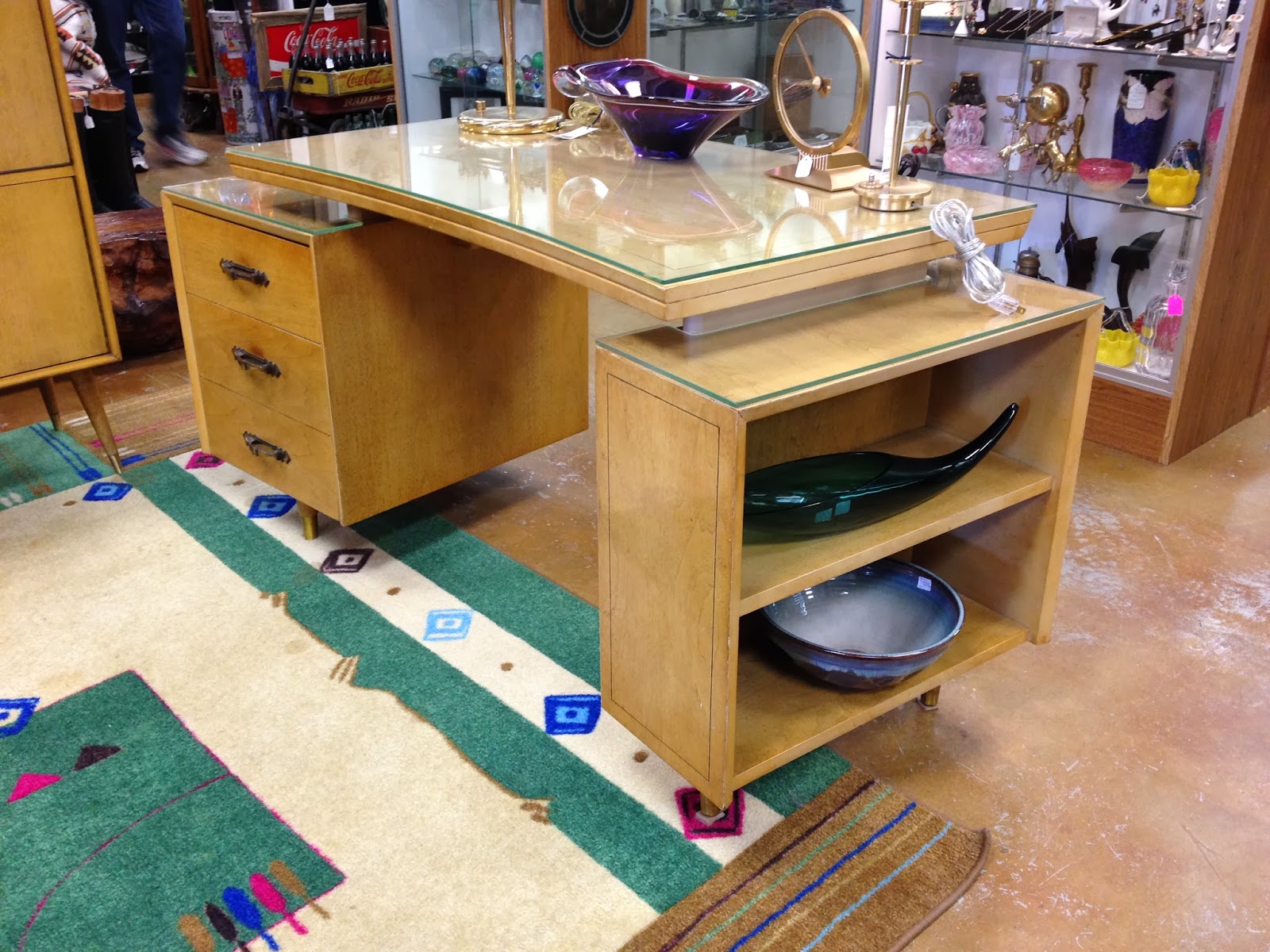 Watch our Bar and Desk Video

This is an amazing set of three tables by Carl Aubock we just got in. These are from the 1950’s and look very cool. The largest table is about 61″ long and the other smaller ones are around 31″ long each.
This set is sold.

J. B. Van Sciver Co. Chair This great looking chair is in very nice condition. It has a great modern look and was made by the J. B. Sciver Company. For Sale $299 Contact us for details!

Heywood Wakefield Chair This is a very nice modern Heywood Wakefield piece. As you can see it has nice dark wood for the frame and a contrasting simple fabric seat. This great looking chair is from the 1950’s. For Sale $349 Contact us for details!

Heywood Wakefield Cocktail Table This is a great looking mid century modern piece of furniture we have in our antiques mall. It is in very nice condition and dates back to the 1950’s. For Sale $349 Contact us for details!

Come into our antiques mall and see all the mid century modern accent pieces we have showcased or if you have pieces you would like to sell bring them to us.

Go from Mid Century Modern Furniture to our Online Store!

Check out other items